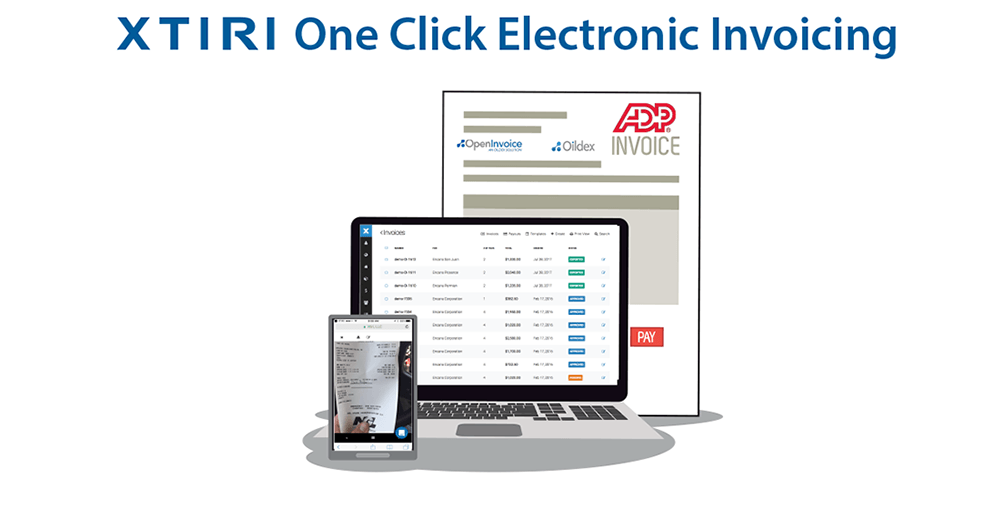 Oil Companies have been using ADP and Oildex (OpenInvoice and Spendworks) for many years. It is a solution that obviously works and has become the standard for most Trucking companies, allowing them to submit their invoices to Oil / Water / Waste companies manually to get paid. It has been the industry standard for years and continues to grow.

XTIRI allows paper and paperless systems to maintain and manage their data so they can run reports, statistics, and do real-time data tracking of any of their information. Along with those features, XTIRI allows customers to create invoices from their data, send the invoice via E-Mail and have their customer, click the link in the email and sign the invoice with their XTIRI verified email signature or dispute as needed. 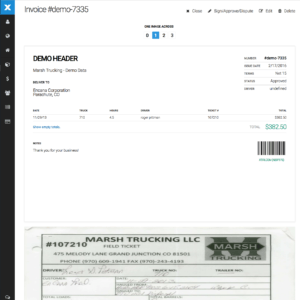 By doing this, XTIRI solved not only solved the age-old problem of having to mail invoices out and wait weeks to have it signed and paid; it provides a ‘source of truth’ for every item on the invoice. Within XTIRI, if there is ever a question about an invoice, you simply click the line item to view the ‘source of truth,’ which is a picture of the ticket that is part of the invoice.

Digital and Paper information don’t get more pinpoint than that, no more digging through filing cabinets or making hundreds of phone calls to find a ticket that may or may not be found, therefore meaning it may or not be paid.
By fine-tuning this process, we have saved companies hundreds of thousands of dollars in lost tickets and eased the process for our users of getting Invoices Signed and Validated through our Invoicing System.

Along with that, we know a lot of companies use QuickBooks to manage their finances for their entire company. XTIRI long ago integrated the capabilities to export their XTIRI Invoices into QuickBooks seamlessly, but what about OpenInvoice? 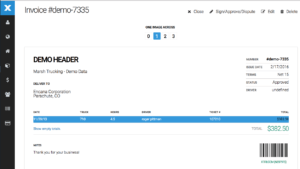 Typically, our users have had an extremely easy time of generating invoices within XTIRI, getting them approved by the buyer, but getting them into OpenInvoice they have to key them by hand. This can be an especially brutal process when an invoice contains hundred of line items, and you have to manually attach each ticket/invoice to the invoice in OpenInvoice. This can lead to a lot of disputed invoices, incorrect data, and hundreds of hours for employees that have to do this task.

Along with that painstaking process, in a nutshell, two invoices are essentially being created, one from XTIRI, QuickBooks, or another invoicing system. With XTIRI, you create one invoice, export it to QuickBooks, thereby only having to deal with one invoice,

We are now proud to announce our integration with OpenInvoice, with the click of a button you are now able to send your invoices to OpenInvoice, with all line items and images attached. This process can save hundreds of hours of painstaking Invoice entry and prevent having to create duplicate invoices just to get paid. 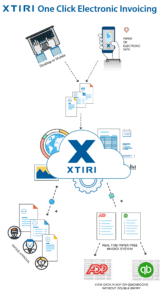 So whether you are a Buyer or a Supplier using OpenInvoice, XTIRI provides a simple, easy, automated and seamless way to turn Electronic Data or Run Tickets into XTIRI Invoices with our State of the Art Invoicing system, get them signed and approved within minutes via Email and Verified Electronic Signatures, and then quickly get them into QuickBooks or OpenInvoice so you can get paid quicker and eliminate the many hours of entering them in by hand.

Not only that, if there is ever a question about where the Data came from, XTIRI’s Online Ticketing System provides an indexed ticket searching system so you can find the ticket in question, what trucker uploaded it, when it was uploaded, and the picture of the actual ticket within seconds.

Just the other day we had a client who had over 300 invoices to submit into OpenInvoice, and she had one day to do it. She said there was no way so could submit that many in one day, or she would at least be up all night doing it. We were able to get her setup, and within minutes she was submitting invoices over to OpenInvoice and QuickBooks with the click of a button, and by using the method all the invoices are seamless and cohesive, no inconsistencies in the data.

So if you are struggling with turning Run Tickets into Invoices, or having trouble getting invoices approved and then entered into OpenInvoice which may take weeks, all the while having them match up with OpenInvoice, let the XTIRI team know and we can get you setup with no problem.

Transitioning from paper to paperless electronic information for some business industries has proven to be costly and sometimes disruptive. XTIRI discovered an easy way to bridge this gap by creating mobile, secure, private, easy-to-use cloud-based database development tools that allow your business process to move quickly into the digital world without abandoning your paper business process or disrupting your entire operation. To learn more about XTIRI, visit www.xtiri.com 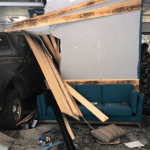 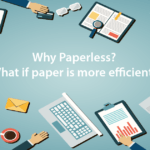 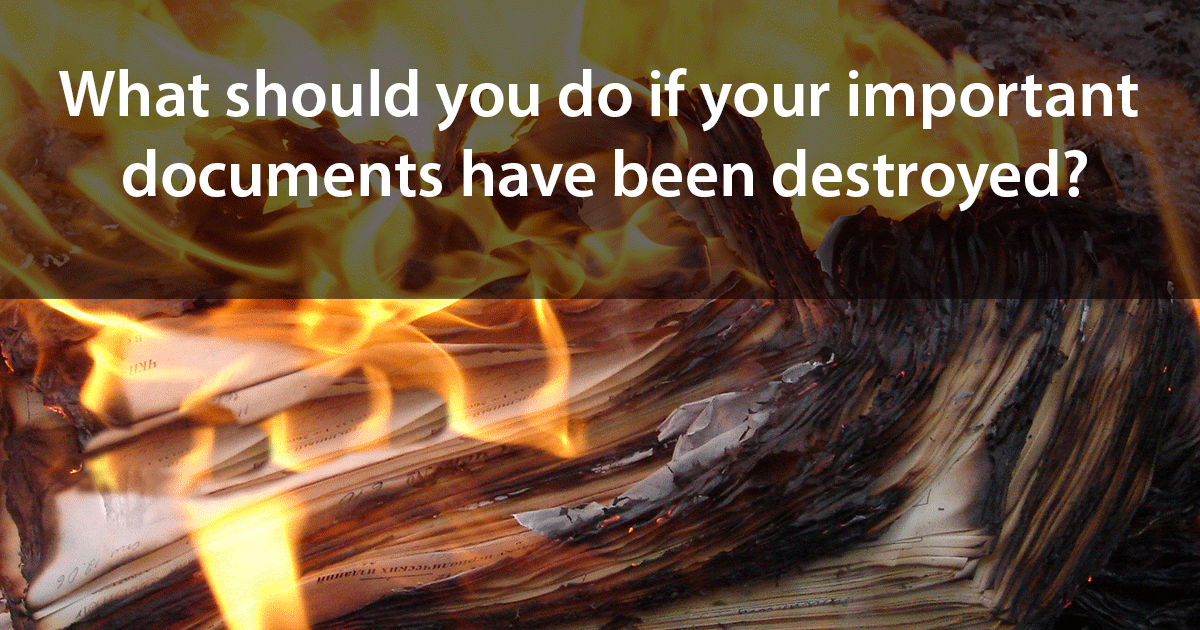 What should you do if your important documents have been destroyed? 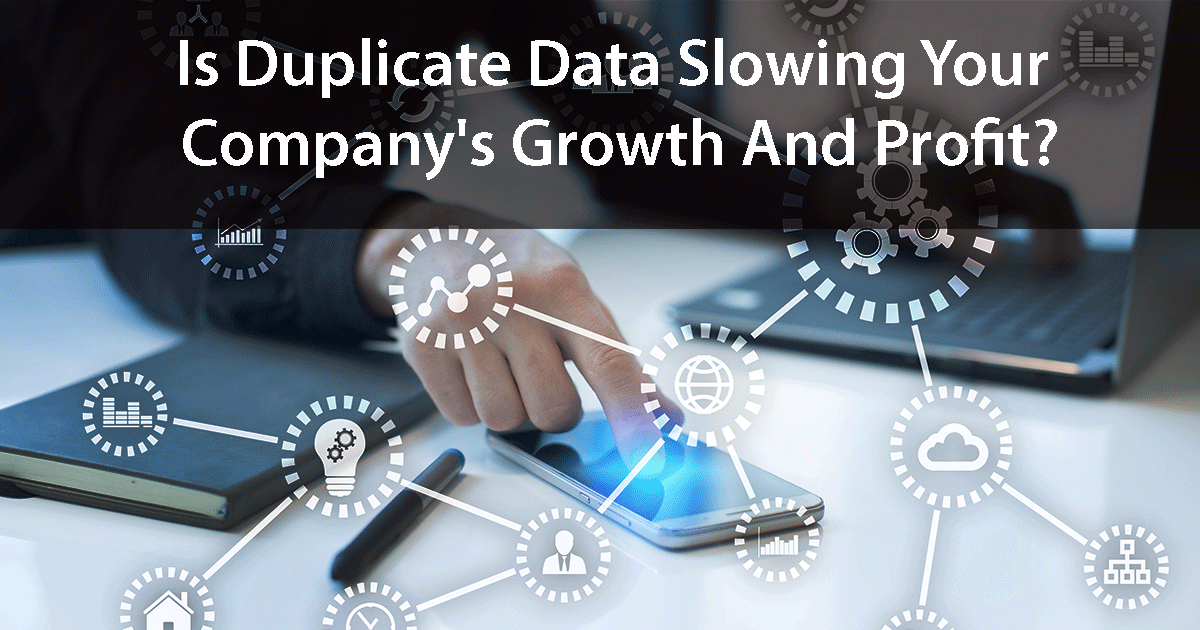 Is Duplicate Data Slowing Your Company’s Growth And Profit? 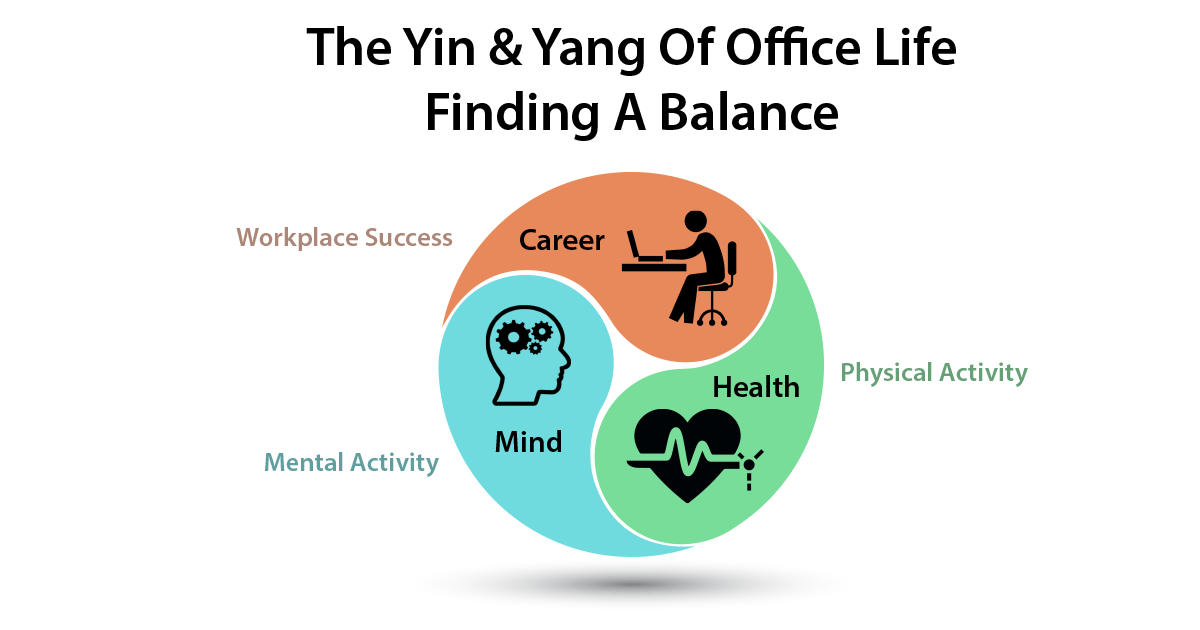 The Yin And Yang Of Office Life, Finding Balance

You Learn More From Angry Customers Than Happy Ones